To create a brand and website that conveys Heavenly's believes and principles.

Heavenly is a creative agency for commercial and cultural brands. They create "succinct, imagination-capturing ideas for the impatient world to engage". Their aim is to "land a concept within the attention span of the average human being, in eight seconds or less".

For their 15th anniversary Heavenly wanted to relaunch their brand and new website. The brief was to match their companies believes: Brevity is Heavenly. 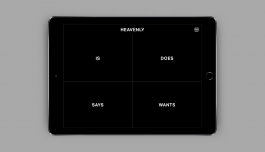 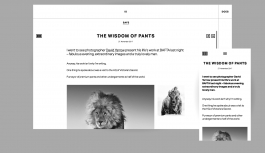